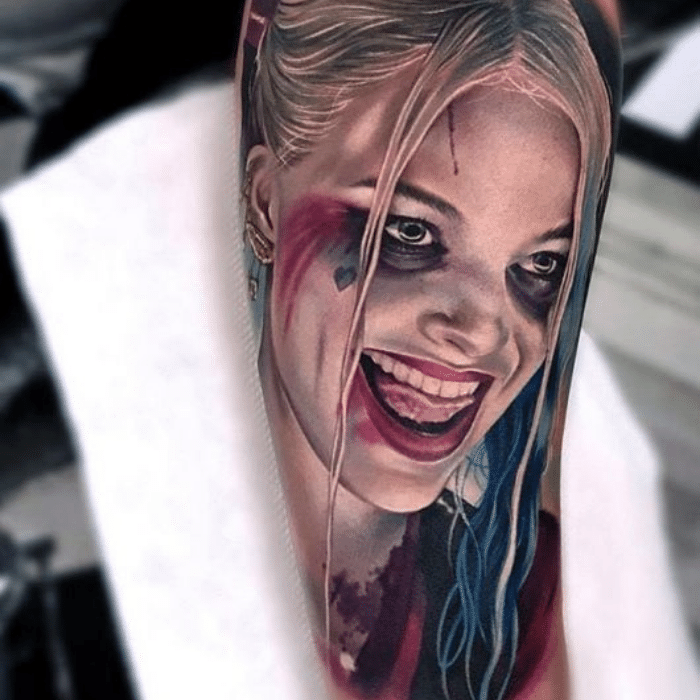 Today we’ll be looking at designs inspired by the comics and by Margot Robbie’s character in Suicide Squad.

Harley Quinn is quickly rising as one of the most well known DC characters due to her movies and shows. Let’s look at some Harley inspired tattoos.

Most of the Harley Quinn tattoo looks pretty bad. Looks like she made them herself using a sewing needle and ink pen. 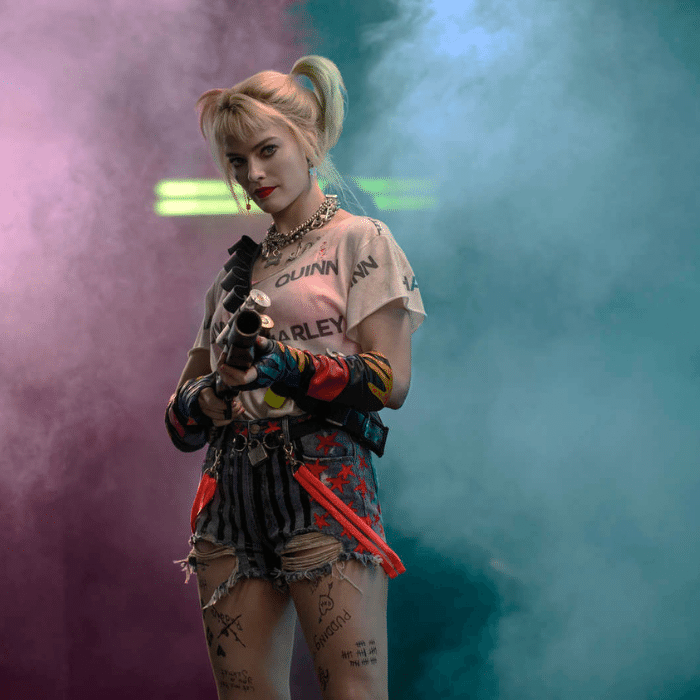 Since red and black or pink and blue are distinctive colors of Harley’s character, they are widely used in tattooing. Inks with this nutty lady vary from large realistic portrait style ones to small and simple tattoo images presenting hearts, diamonds or words ‘Puddin’, ‘Rotten’, ‘Daddy’s Lil Monster’ etc. Smaller inks look fantastically on the wrist, ankle, finger or arm. Bigger images may be placed on the thigh, quarter sleeve, back, ribs. As to tattoo styles, you aren’t limited in the choice. 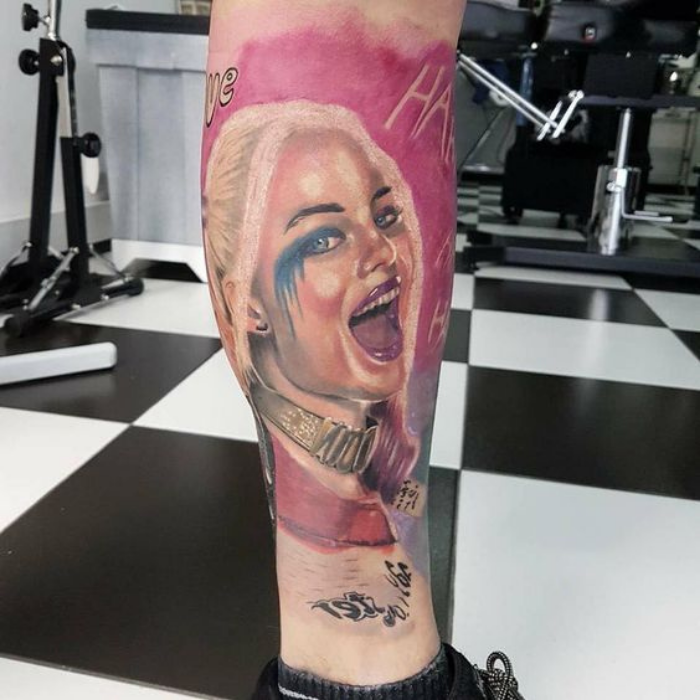 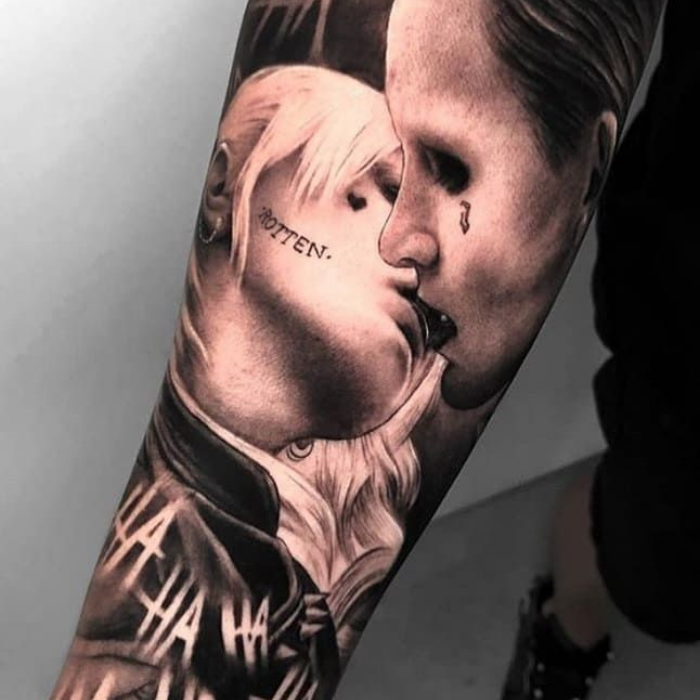 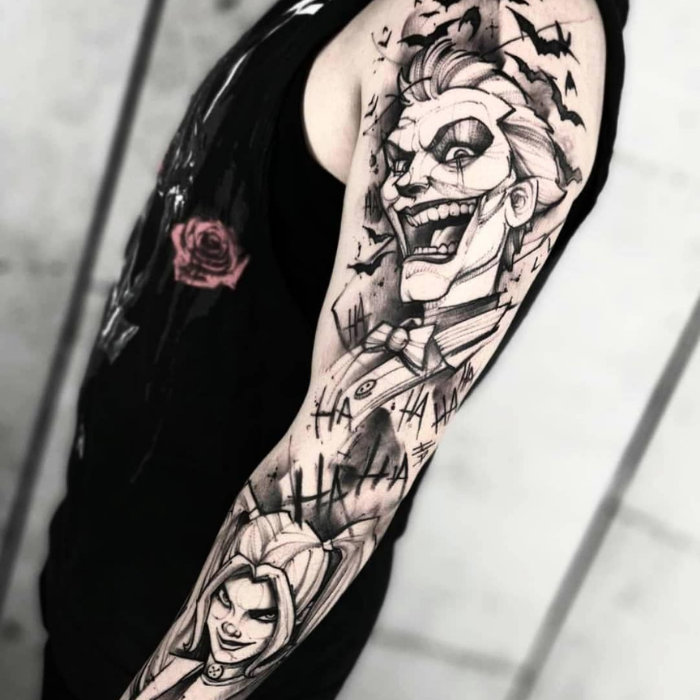 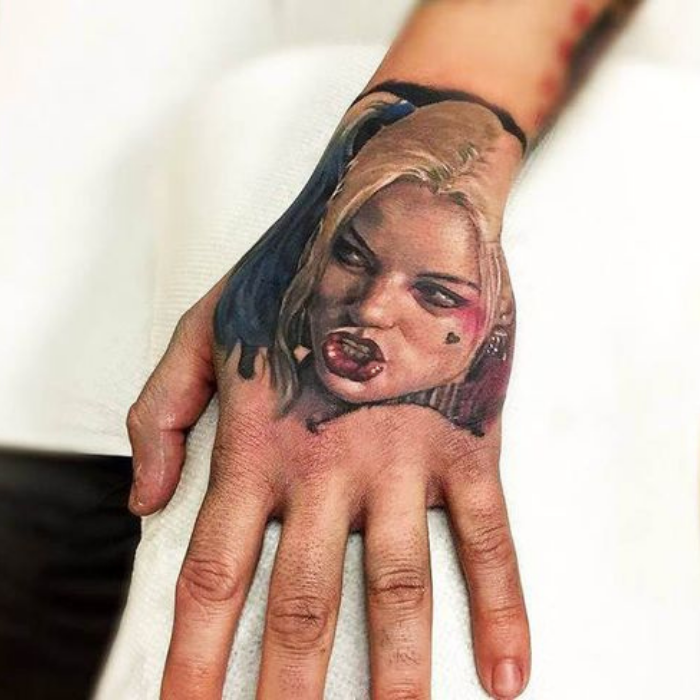 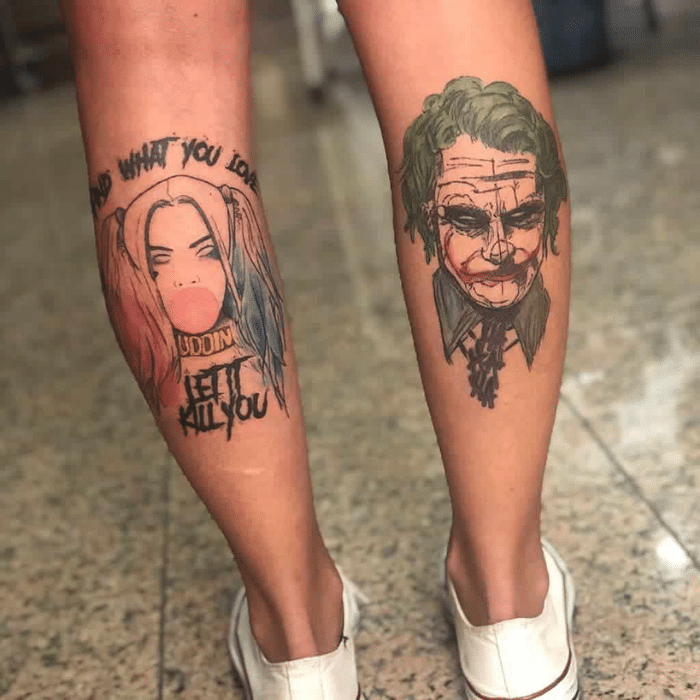 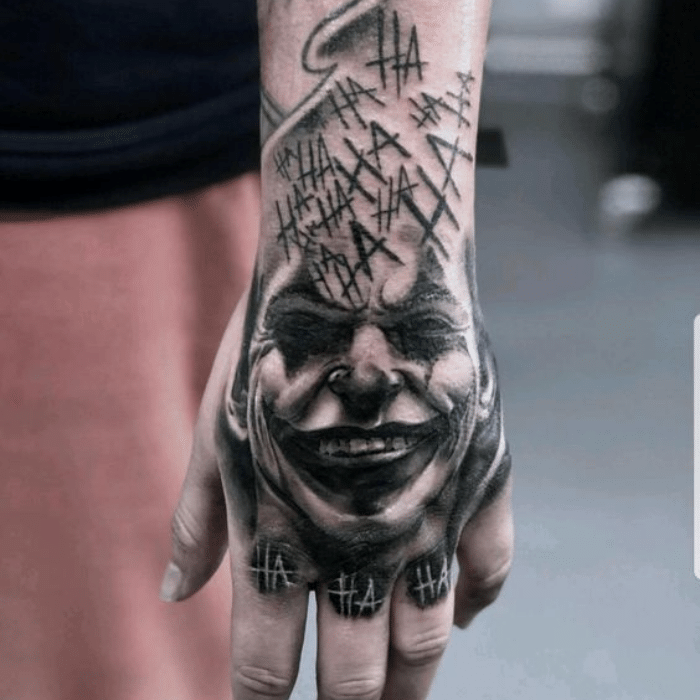 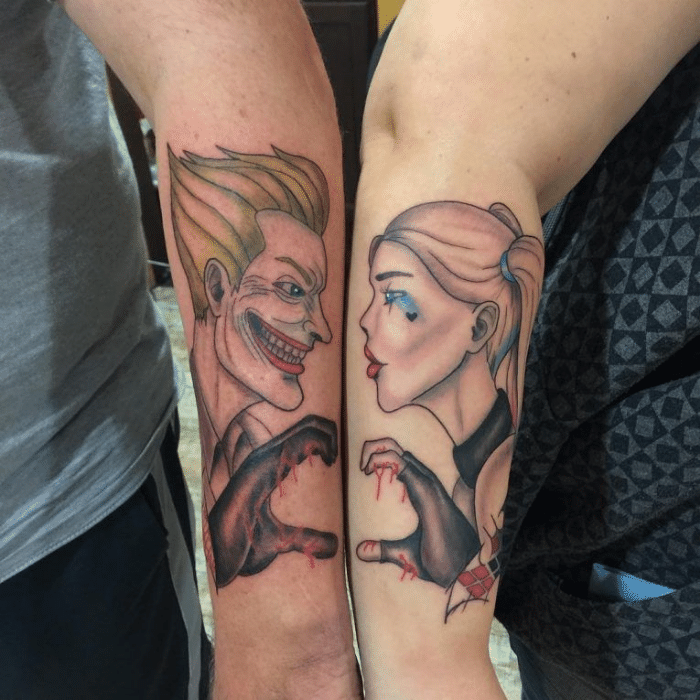 Harley Quinn is one of the most famous characters in the world of DC comics. She first appeared in the Batman comic in September 1992. Harley Quinn’s popularity peaked after the release of Suicide Squad in August 2016, in which her character played Margot Robbie. 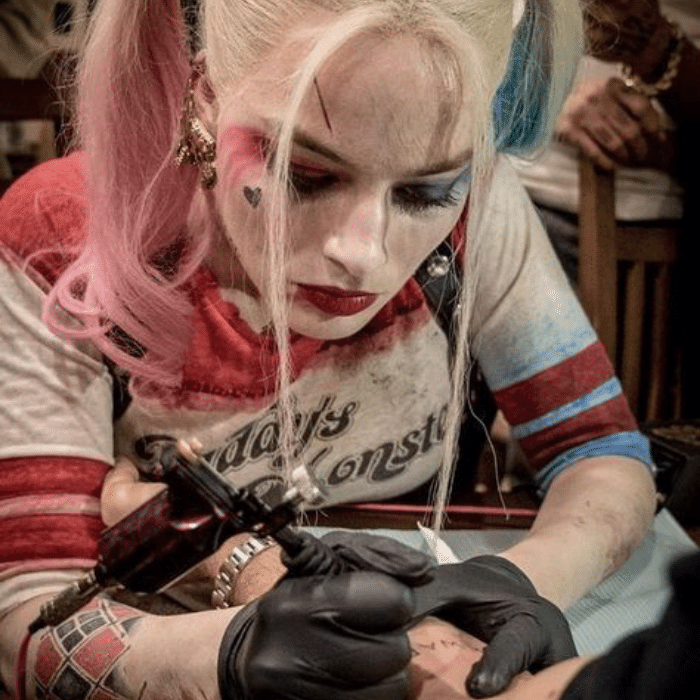 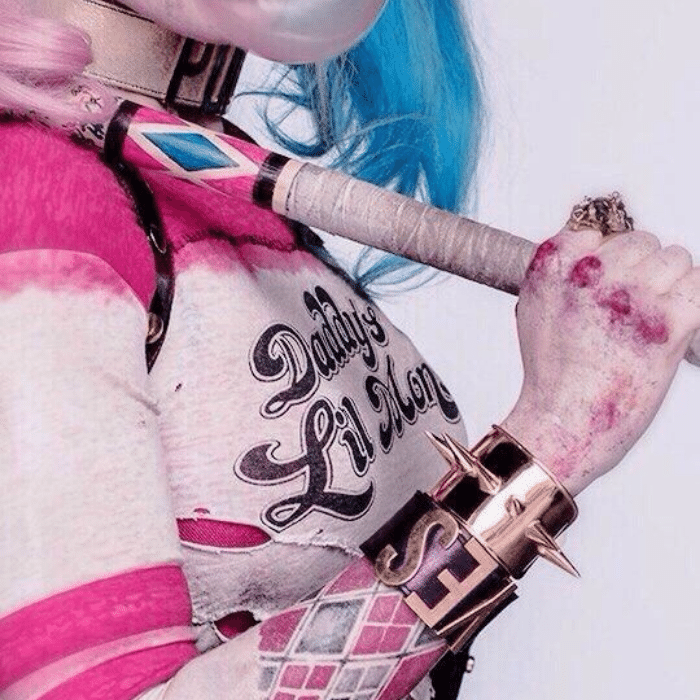 To become as similar as possible to your idol, it is not at all necessary to get real tattoos, like hers. The most popular lettering and patterns of Harley Quinn can be purchased on Amazon or on Etsy 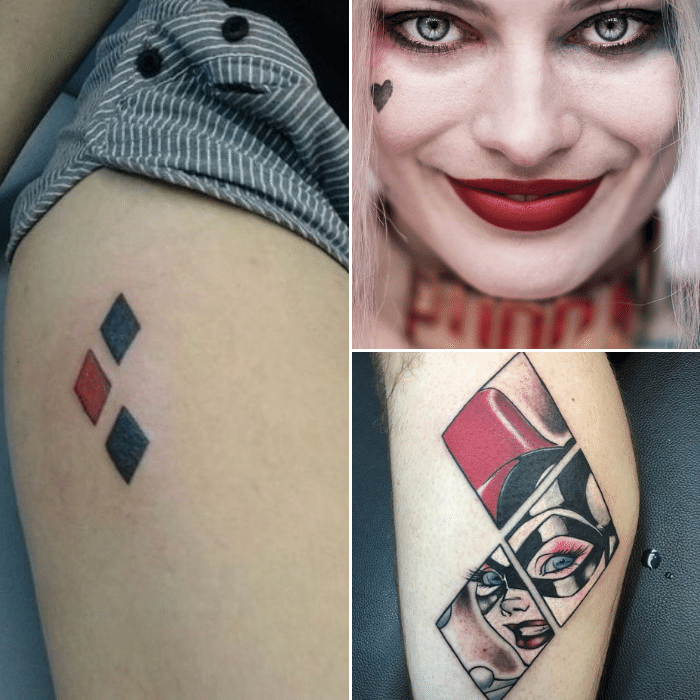 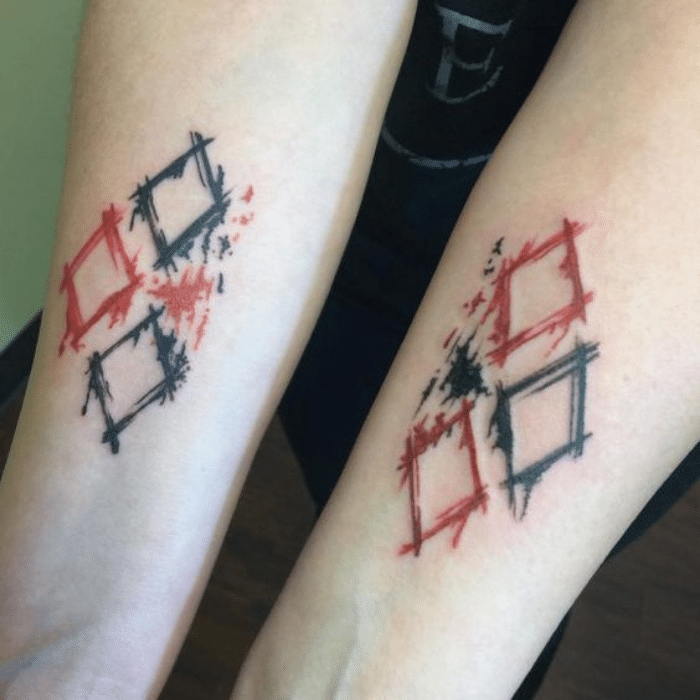 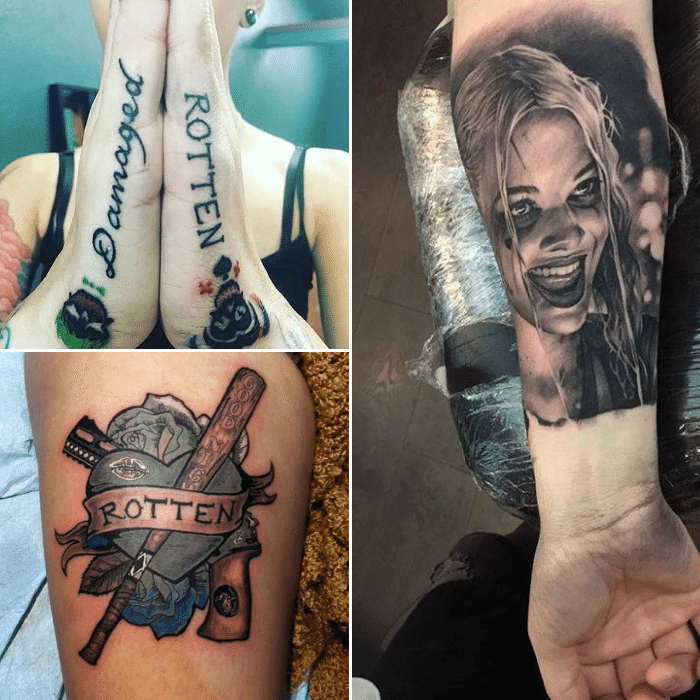 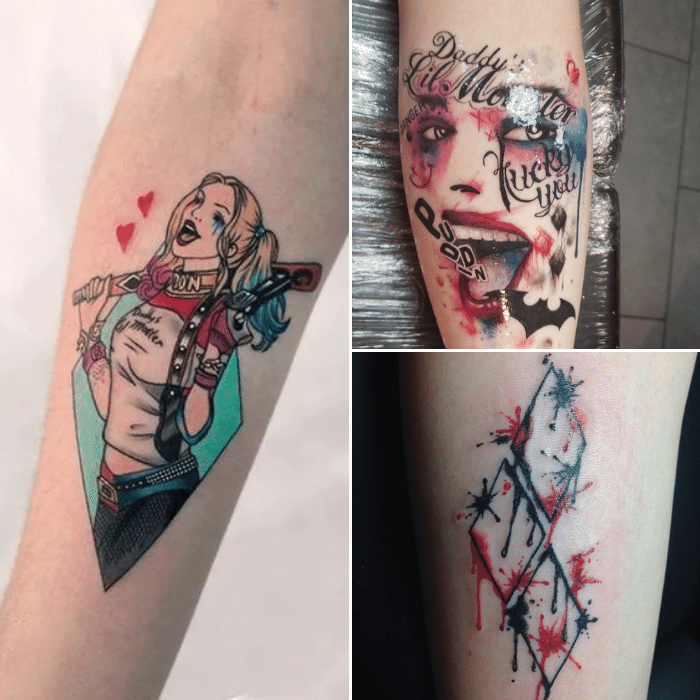 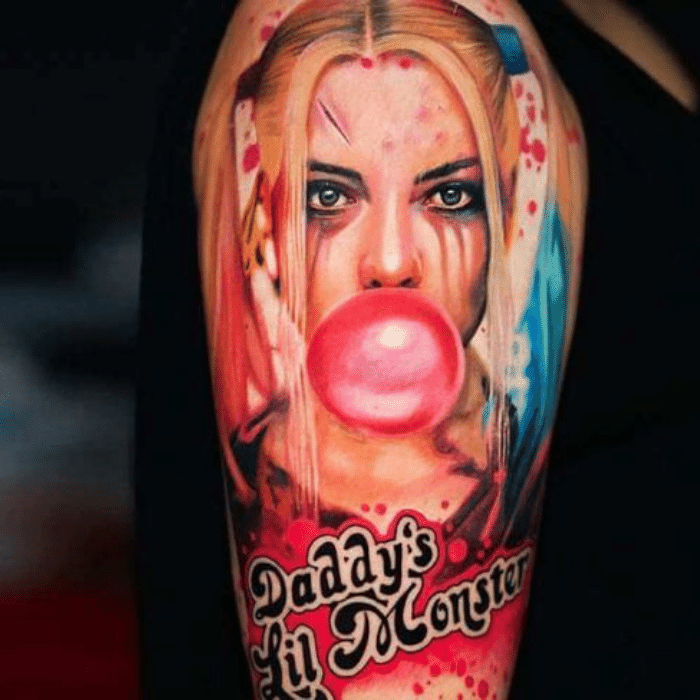 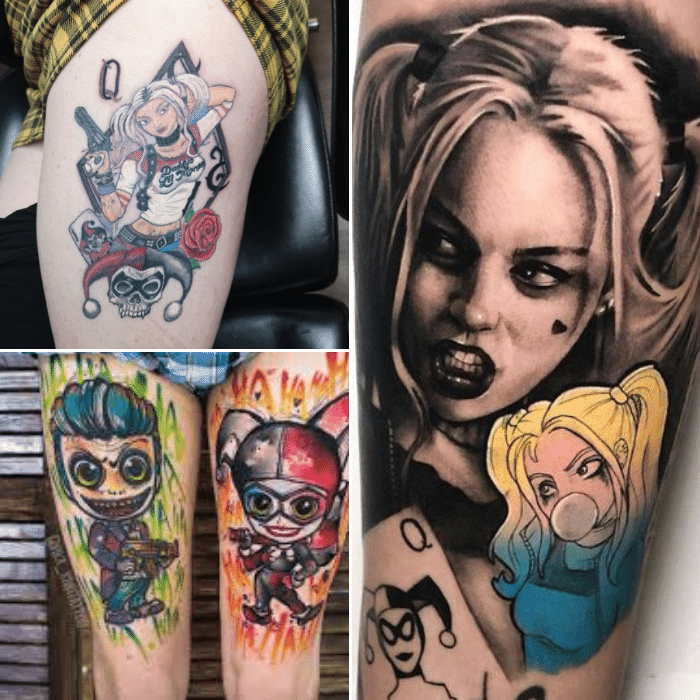 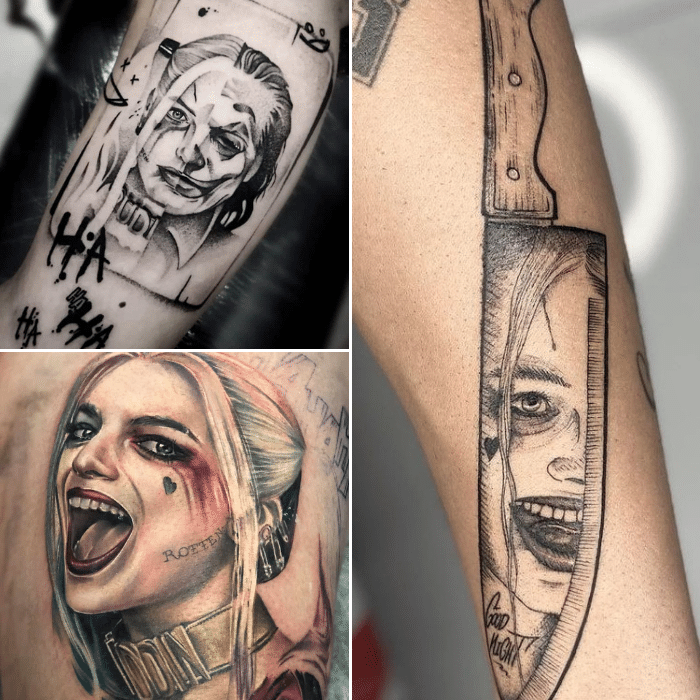 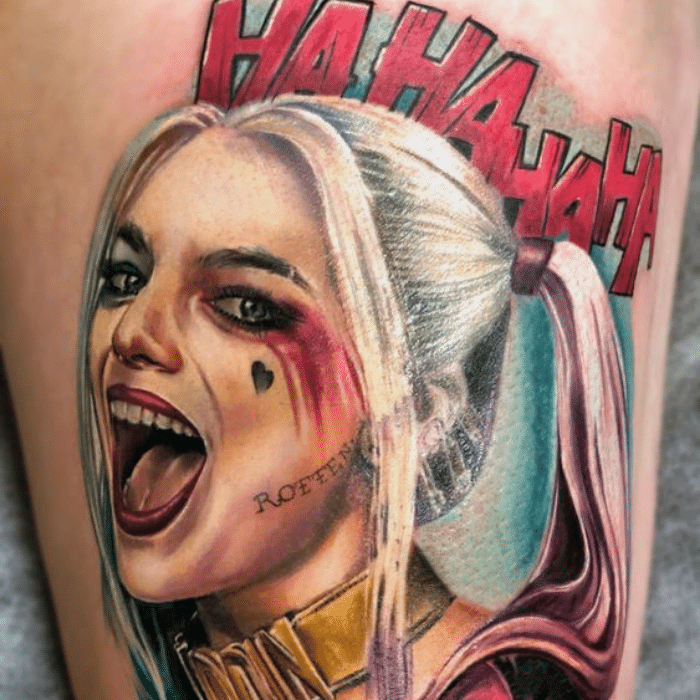 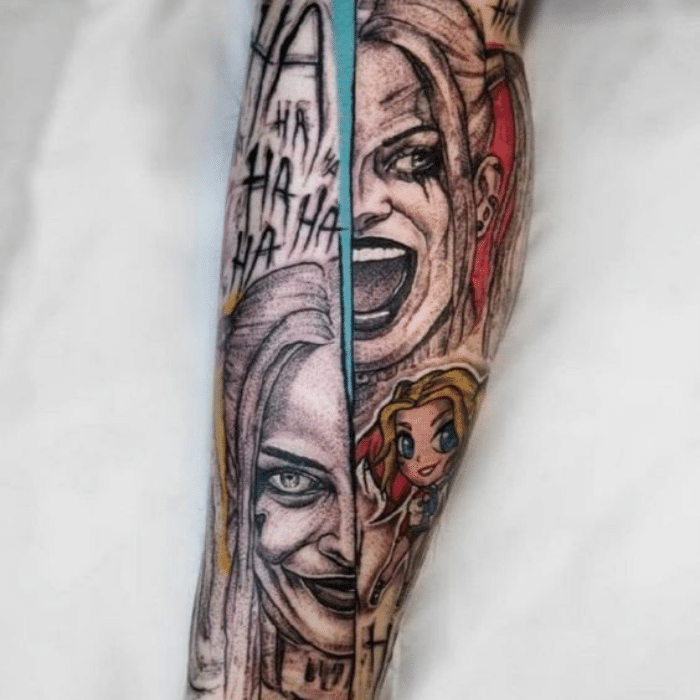 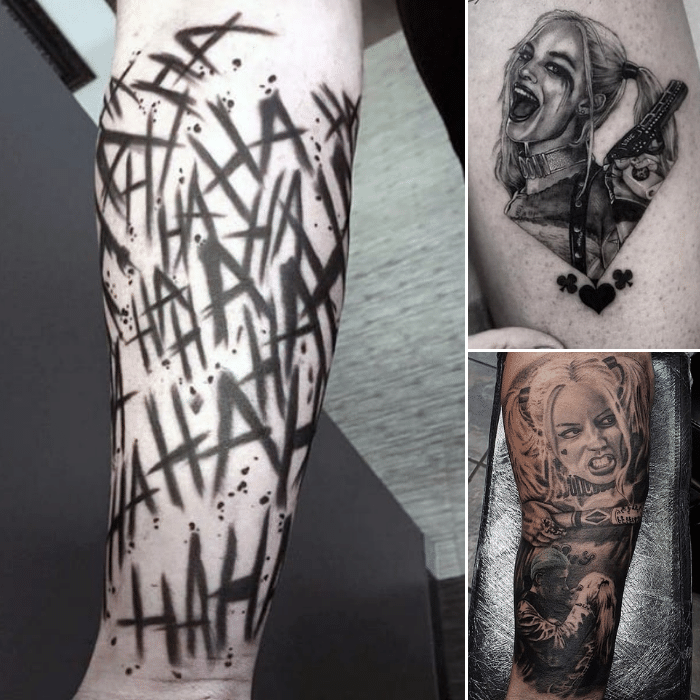 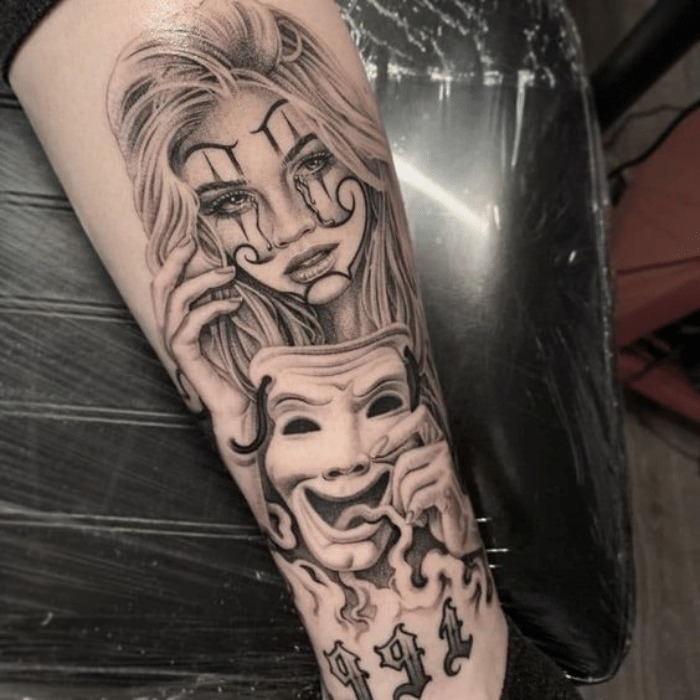 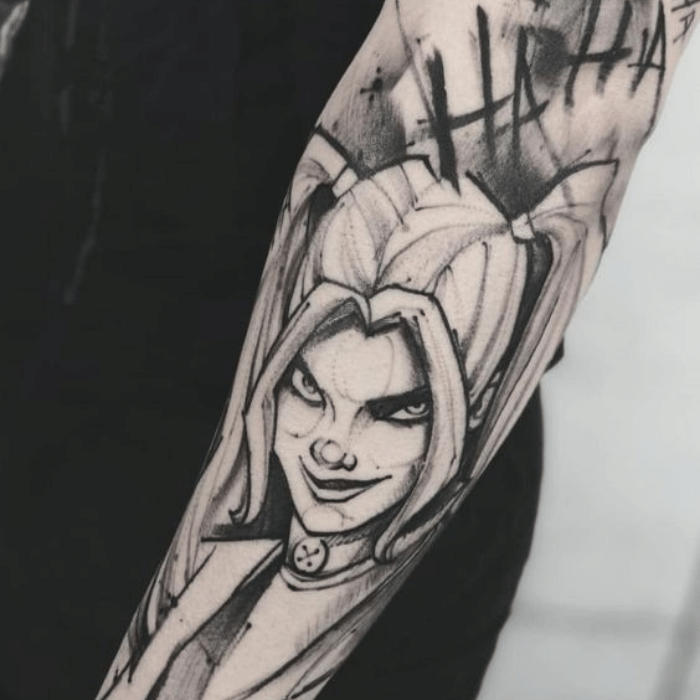 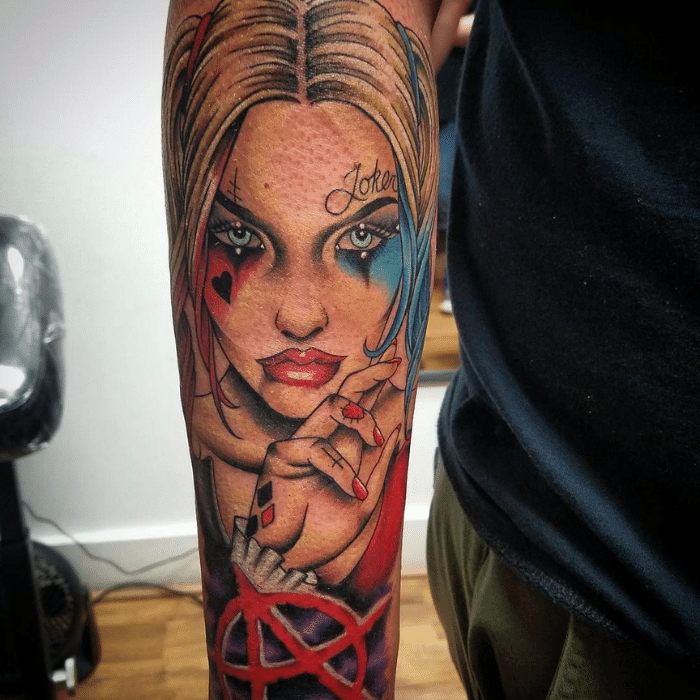 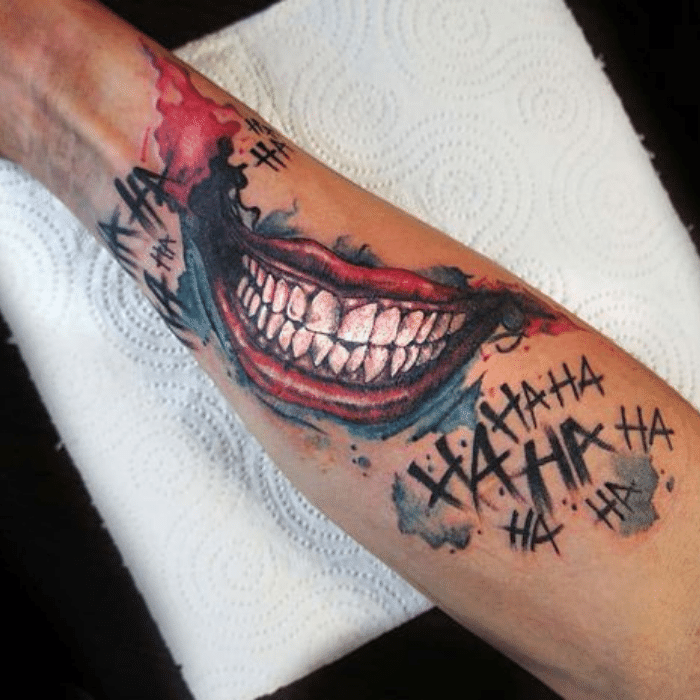 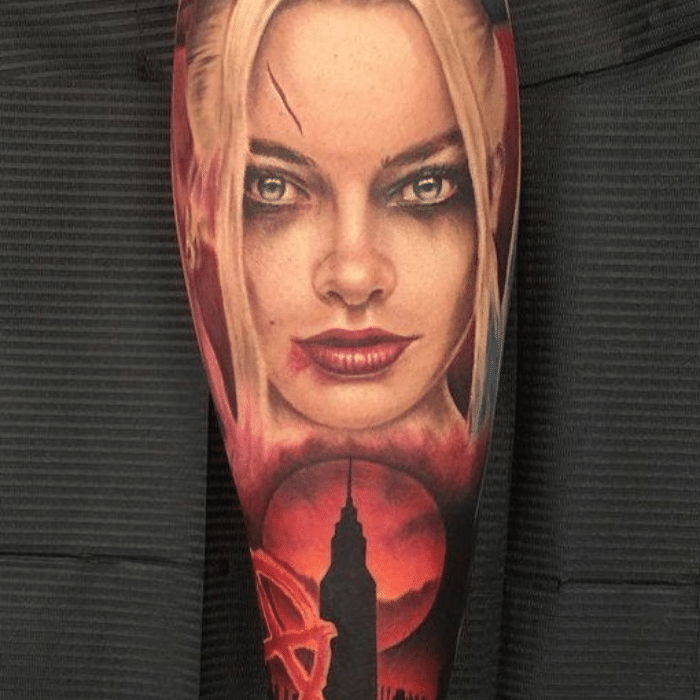